Posted at 21:05h in Features by Prashant Gopal 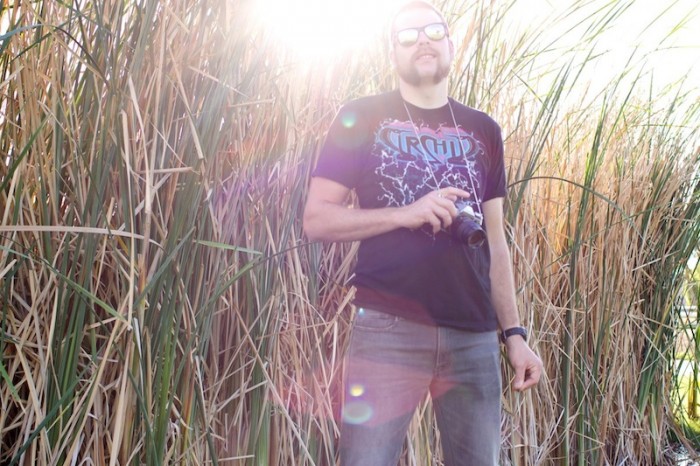 Jason Vawter has established himself as the go to BMX photographer in Vancouver. From a Sam Lowe Primo ad, to a 1664 summer road trip, to a flip book of Andy Roode and everything in between, Jason Vawter takes alot of dope pictures. In the city of hunger, there’s never a shortage of dudes out shredding. Jason makes everything and everyone look awesome in his photos. Below he chose some of his favorite photos and answered a bunch of questions we had. Read on. 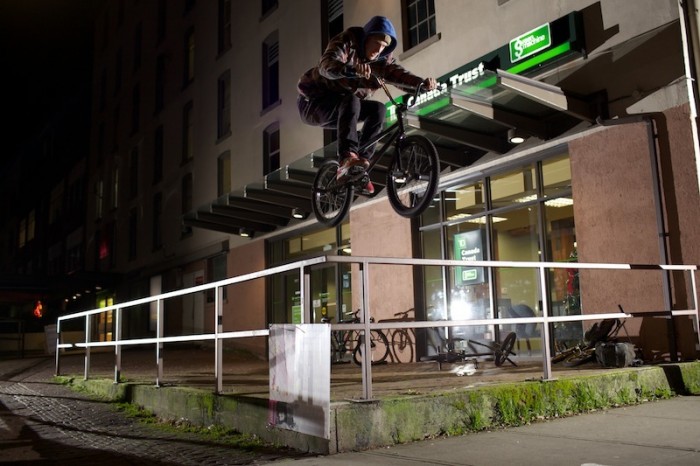 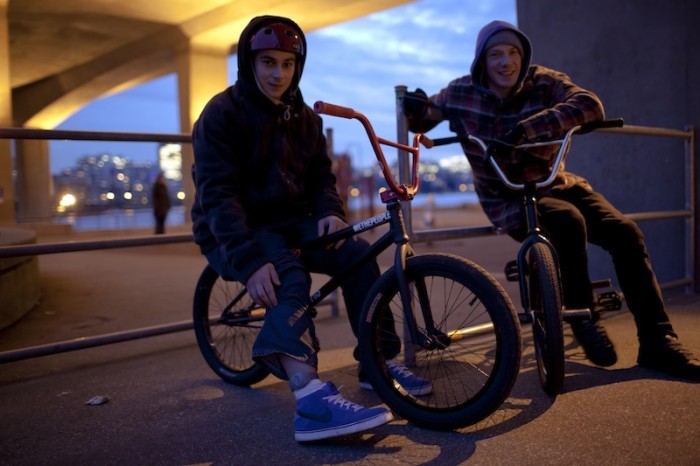 When/why did you get into photography?

I think I’ve always been in to photos. As a kid, I remember going to the school library and the majority of the books I was into were picture books. National Geographic is one that comes to mind that really got my attention. My earliest exposure to photography was when my parents bought me my first camera when I was a kid. It was a Kodak Instamatic of some kind, and as fast as they could put film in it I would give it back to them with pictures of stuff from the surrounding 100 foot radius. I didn’t realize it at the time, but I was addicted to that click noise/feeling of pushing a button. Then I bought my first digital camera 4 years ago. It was a used Canon Rebel XTi with a 18-55 kit lens. I had absolutely no idea how the thing worked. 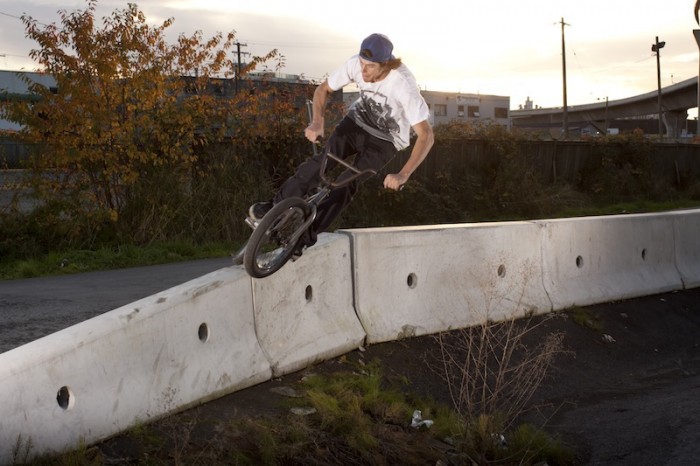 Did you study photography or just learn on your own?

I didn’t study, and I cant say I learnt on my own, because I owe a lot of what I know about cameras, photography, and the digital world to my wife Kate and her experience as a photographer. I also had a family friend named Jean Mondeau, who when I was a teenager used to give me critiques and lessons via snail mail from Guam. He would send me assignments to shoot and I would send him back the slides. He was probably my earliest mentor in photography. 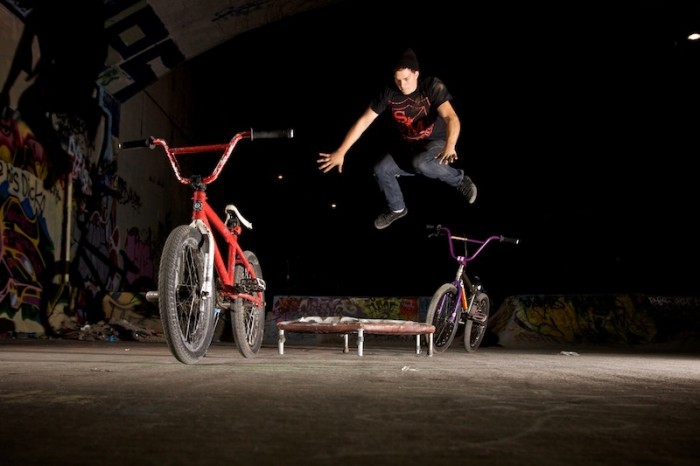 Lately I carry both my 5D MkII and 50D bodies, a Canon 35mm and 28-105mm lens and a Sigma 10-20mm lens. I bring FlashWave radios for three flashes (two Quantaray PZ-1s and a Vivtar 285HV) and all the rechargeable batteries required to keep all three on the go if needed. I usually bring two 7-foot light stands and rent lenses when I need to. Renting equipment is a awesome way for you to get your hands on something before you commit to paying lots of money for it. 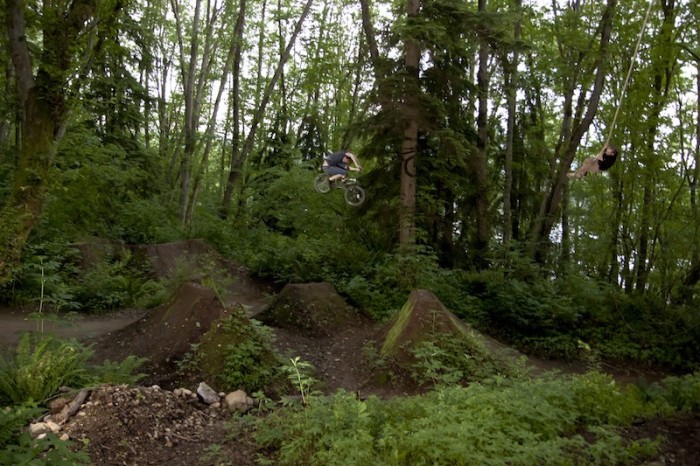 What are some of your influences?

My biggest influence is my wife Kate. I have also been surrounded by tons of amazing creative people over the years. Pat Henry, Taylor Loughran, and Jordie Lepage come to mind as some earlier ones. There was also a podcast a while back that I used to listen to quite frequently called Lightsource. It featured photographers from all areas discussing their equipment, techniques and stuff but unfortunately isn’t around anymore. 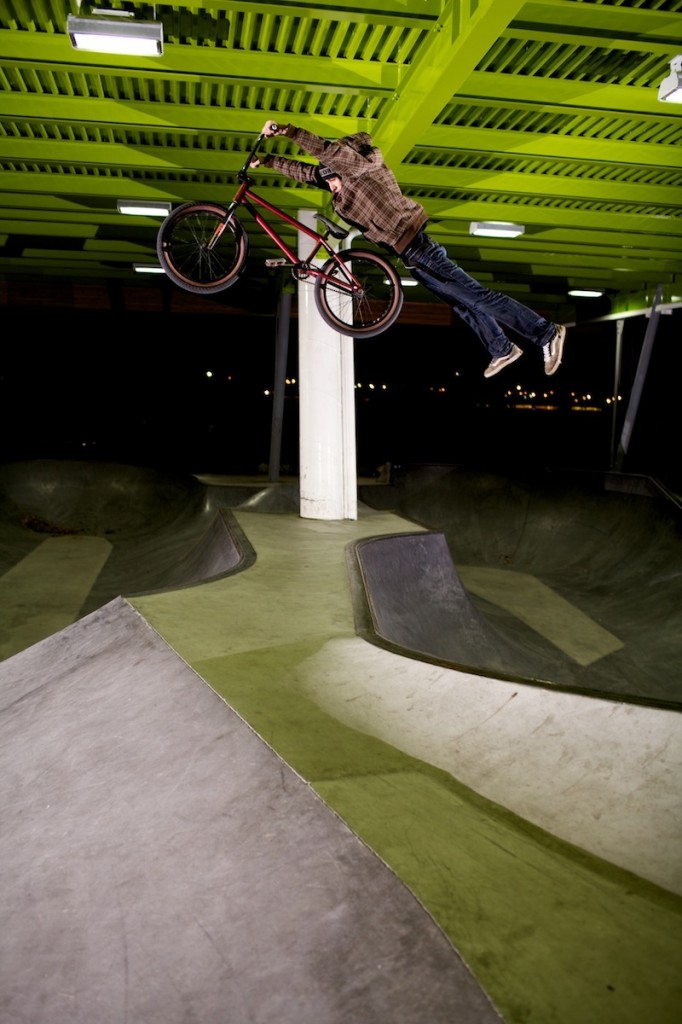 What were some of the first photos you started shooting?

Man, thousands of photos of friends and the most random stuff like dog turds and clouds… 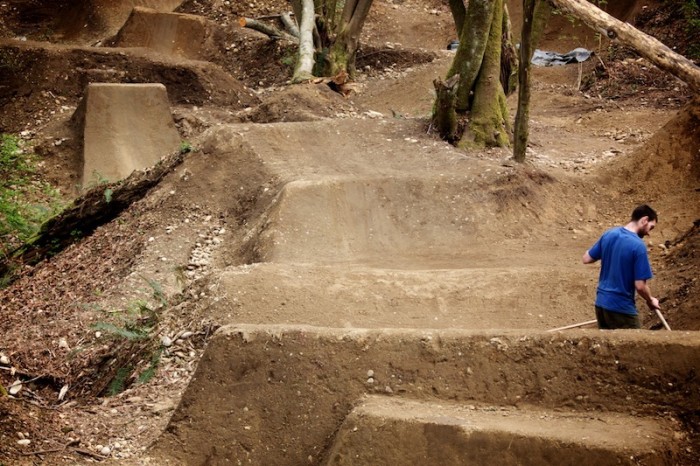 What’s your favorite thing to shoot outside of BMX?

Man, I guess I’d have to say it’s all of the crazy things that seem to happen to, or around, the people that ride bikes. Like their careers, hobbies, and other sports. Some are amazing artists, some make music and some just like to party harder than they ride. I have been thinking about that a lot and there is a lot that happens off the bike that is interesting to me. The future holds some climbing and surf photography. I guess the short answer is a lot of different things. I’m also really into compositing right now and all the crazy shit you can do with it. 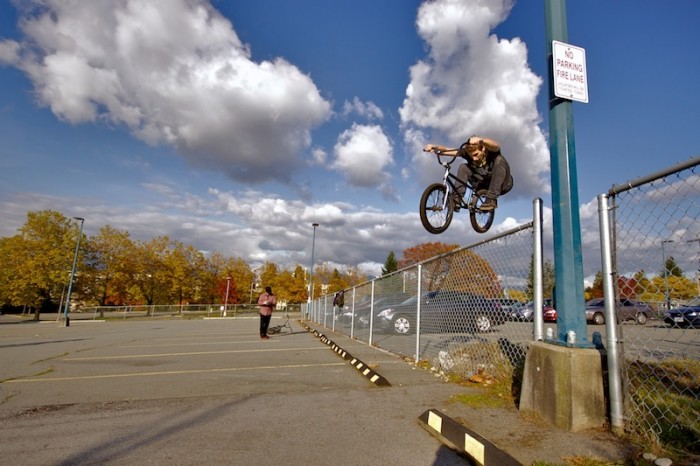 What brought you to Vancouver from Arizona?

Well for a few years I was spending my summers in Whistler riding mountain bikes and working for an Arizona based adventure company that had summer operations in Whistler. After spending a few summers up here in the northwest, I couldn’t stand being anywhere else knowing that I could be here, and I still feel that way 5 years later. 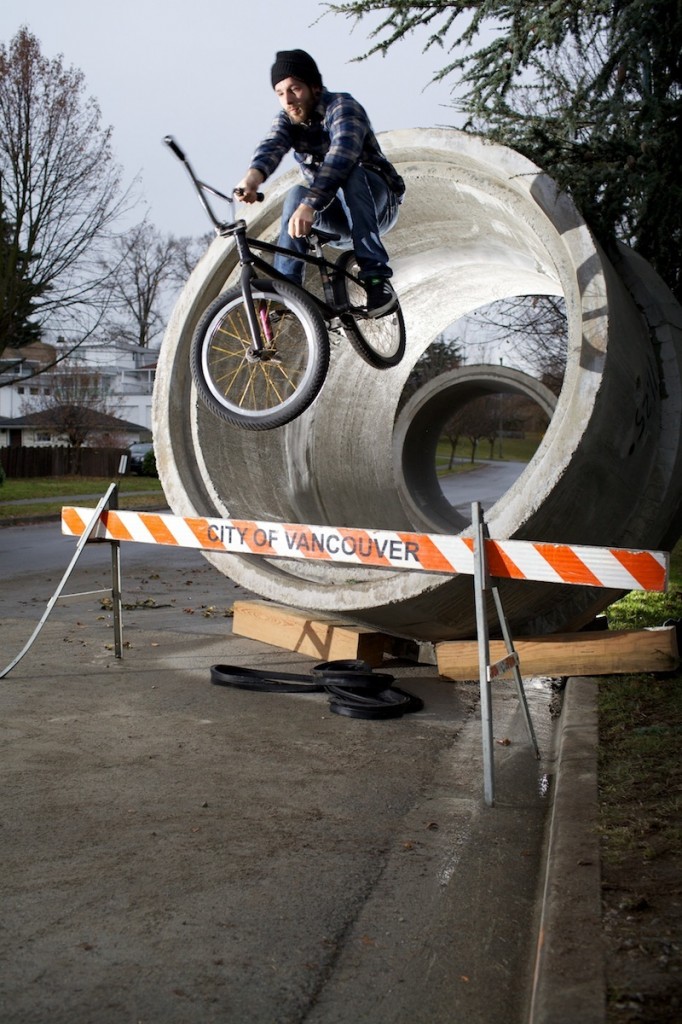 What are some ups and downs of both places?

Heat and rain are some of the biggest downs for both places. Other than that, I can’t really say anything negative about either place. Arizona is a wild place, in a lot of ways. It’s actually like the wild west at times with tumble weeds, wild donkeys, snakes and guns. In Vancouver, you only need one summer bike ride to the beach to fall in love with this friggin place. Sushi in Vancouver is amazing and mexican food in PHX is tittttts! 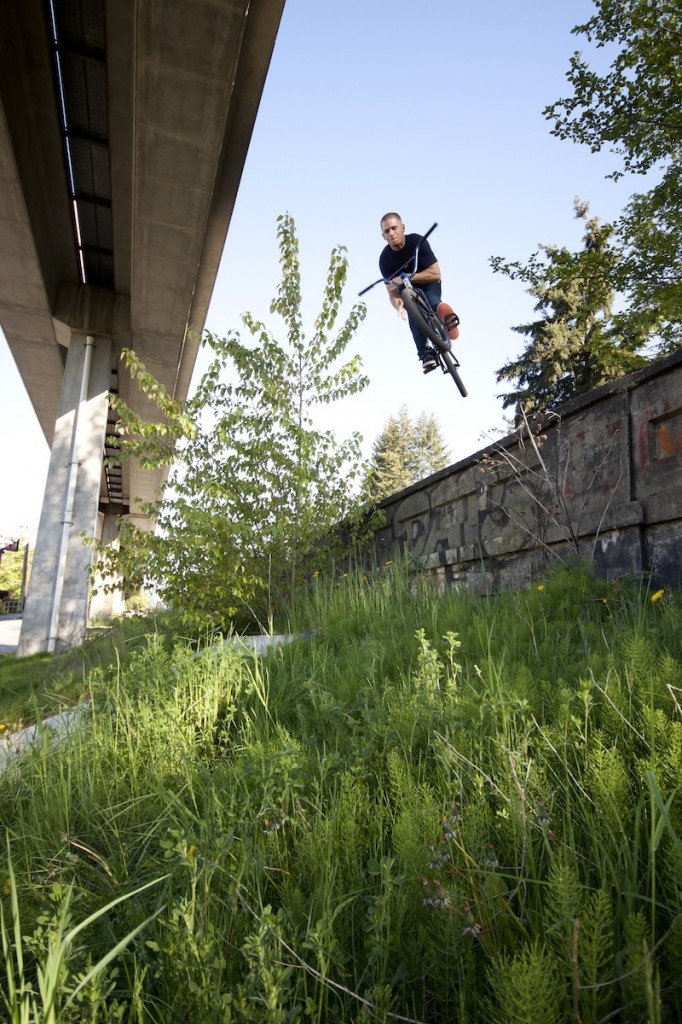 How long have you been riding/ what got you into it?

I’ve been riding BMX for about 4 years now. I’m a mountain bike convert. But I’ve always followed BMX. The first BMX video tapes I owned were Turbulence, and The Carnie and Trailer Trash Show. Even before that, I had this mountain bike movie called Eddie Roman’s HAMMER TIME when I was like 16. It was a bunch of BMXers riding mountain bikes and that video was a huge inspiration to me because it was the first time I had seen a mountain bike being used that way. I liked mountain biking, but I liked BMX too. Then 4 years ago I decided it was time to join the party. Woooo! 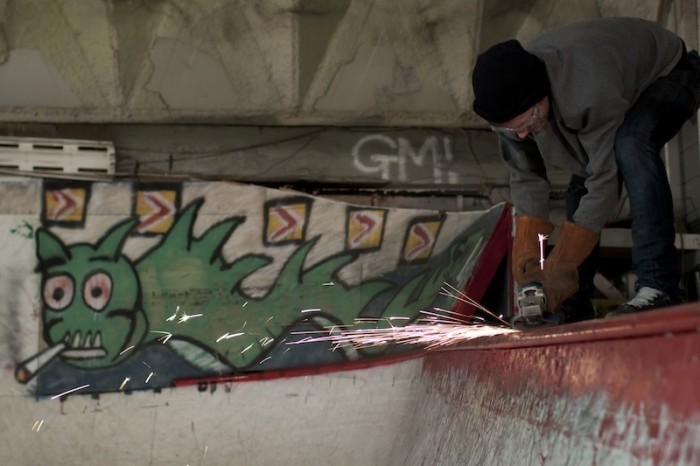 Matt Rideway working on the Igloo.

It’s cool! Growing beards, drinking tiny coffees, new dishes, walking around expensive furniture stores and still not buying anything. But seriously, it is awesome! Not much changed for us though. It was only a few years ago that I thought getting married was scary as hell, but it’s real chill and exactly the same as just having a girlfriend. She puts up with my ridiculous shit! 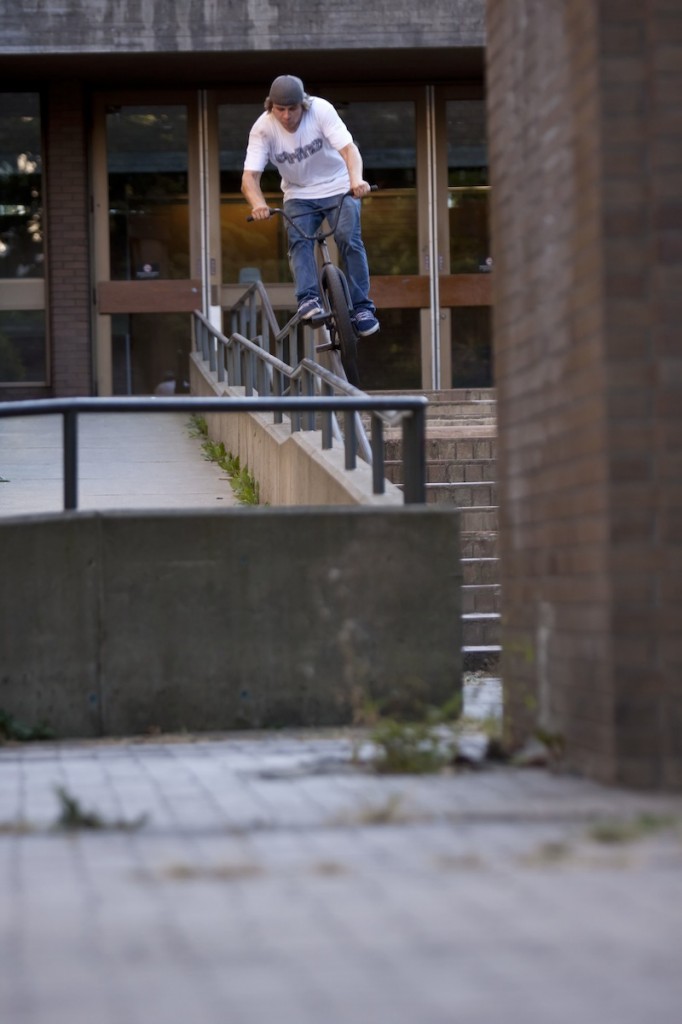 Any tips for kids learning to shoot photos?

Find something you love, or love to do, and photograph it. Repeat. 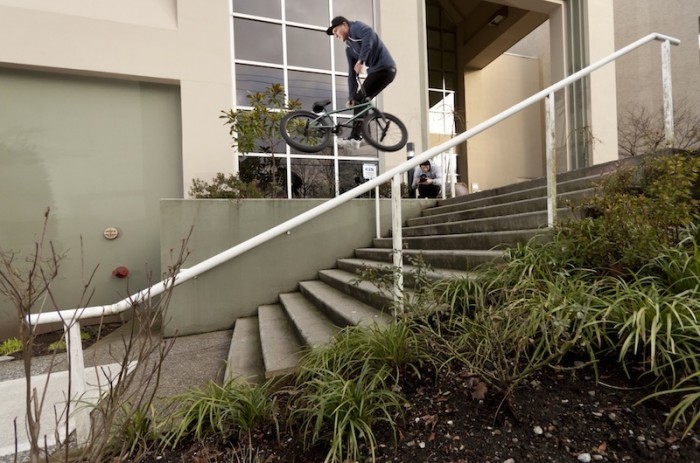 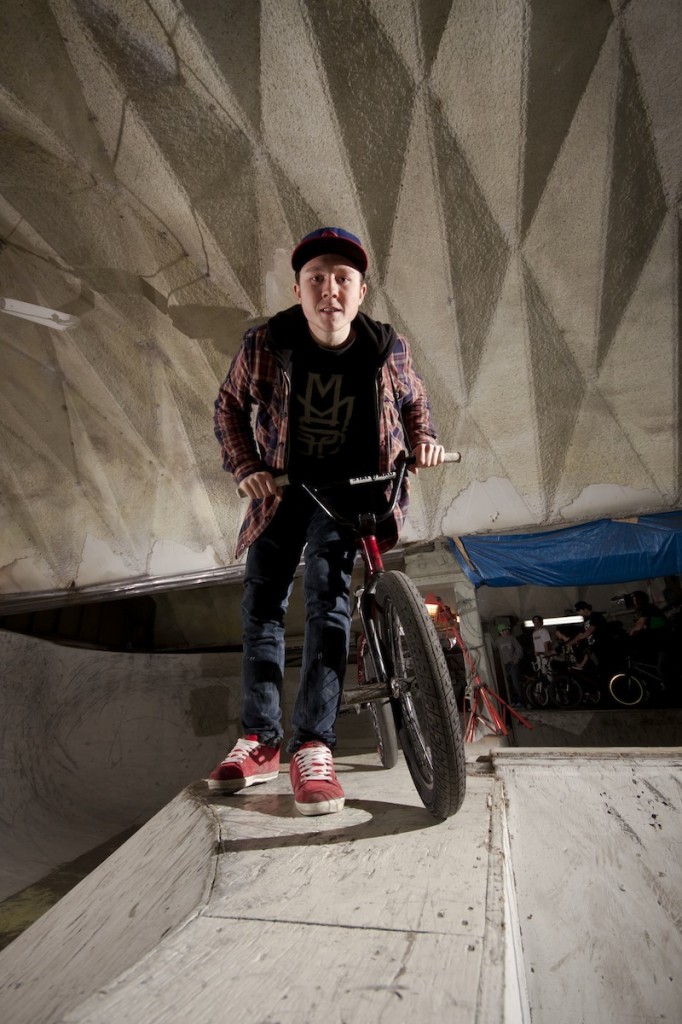 Ryan Hiebert at the Igloo. 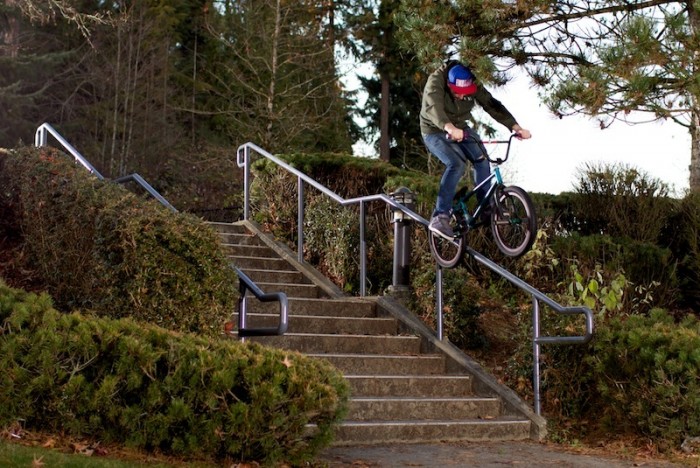 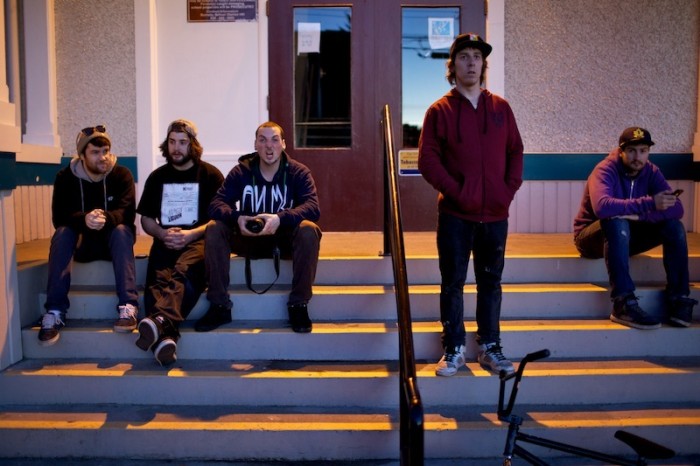 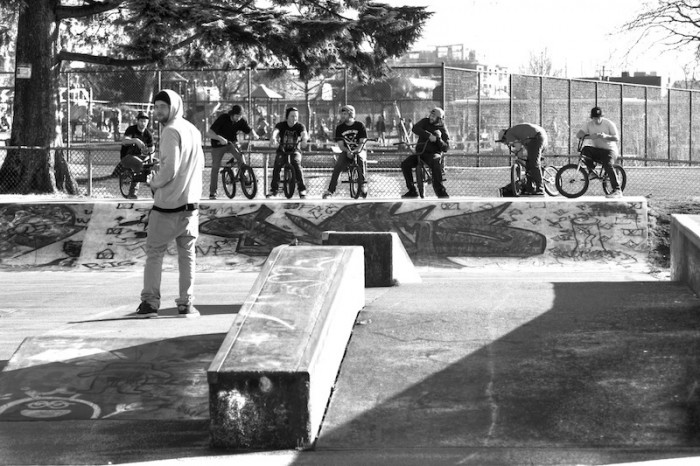 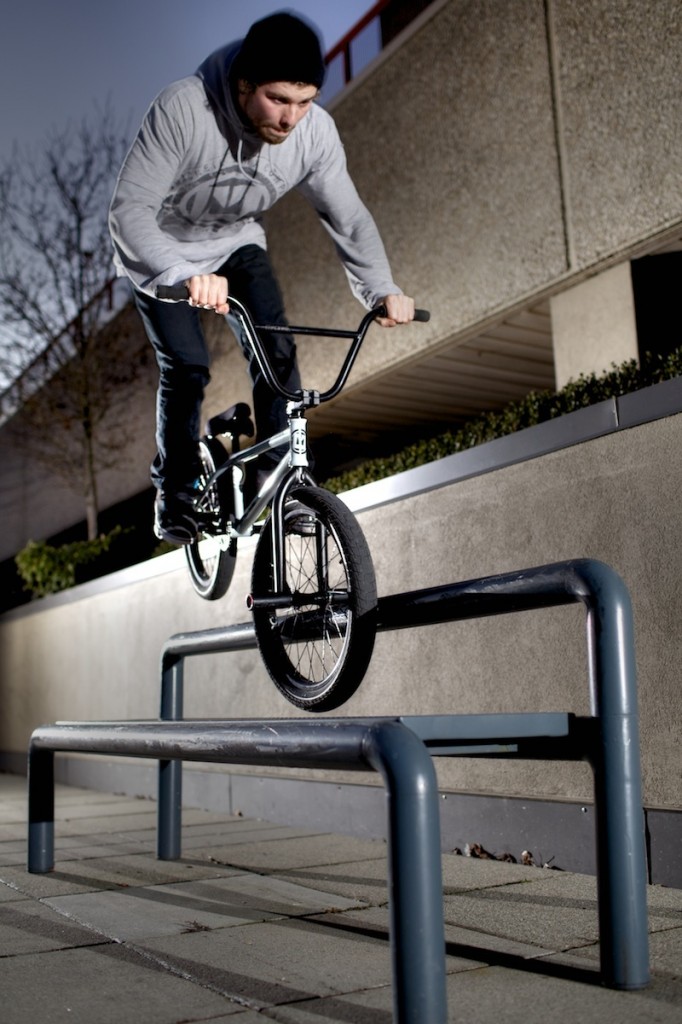 Travis Sexsmith with a boosted table at the Woodyard. 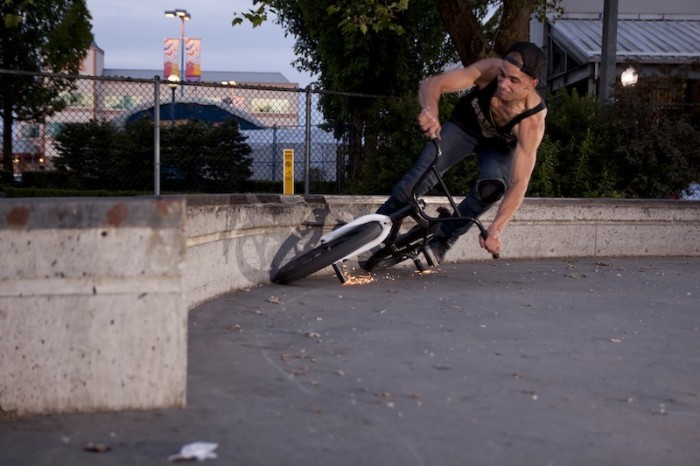