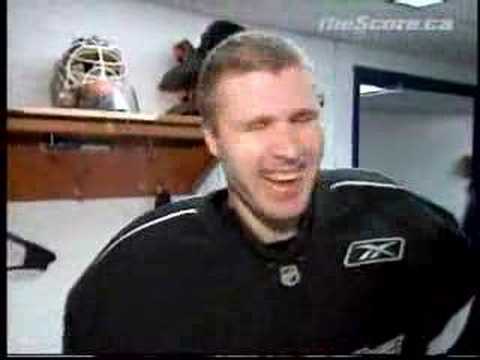 Posted at 12:20h in ARCHIVE by Jeremy Deme 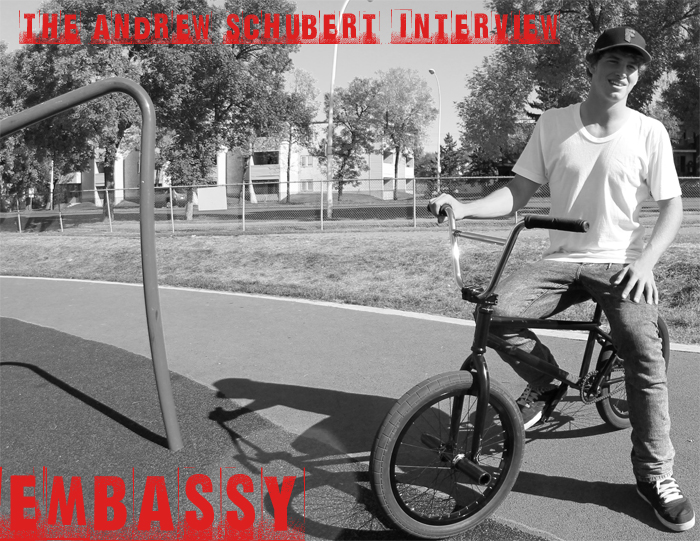 Andrew Schubert shreds. Alot of riders in Alberta probably already know that but for the rest of Canada, we hit him up to see what he’s been up to this past year and what he’s got planned for the near future. Expect big things from this guys real soon. Read on.

Name, age, where you from and where are you currently living?

Andrew Schubert, 20, Born and raised in Calgary, and still living in Calgary.

The Calgary scene is rad, it’s a tight group of riders and everyone rides together, not to mention the scene is growing at an alarming rate. Since the opening of Bmx Gallery in April, it seems there is a new kid riding at the park everyday. A year ago we were out numbered at the park all the time, now half of the time there are double the amount of bikers to skaters at the park. It’s awesome to see, in a few years there are definitely going to be a fair share of rippers coming out of Calgary.

What’s the best part of living/ growing up in Calgary?

Living in Calgary is pretty good, all my friends and family are here. The weather for the most part is nice in the summers and the snowy winters make the ODR a must at least once a week. Bikes and hockey can’t go wrong with a healthy dose of each.

Growing up in Calgary has been awesome, the fact that we only have one real park and meeting spot for riders has made the whole scene real tight and most of the guys I’ve been riding with I’ve known since I was 12 or so. Calgary’s home it just has that feeling to it. 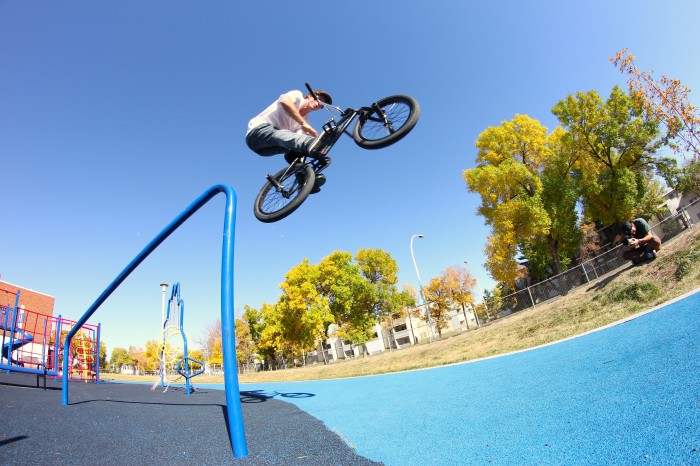 You’ve had a pretty big year… a couple dope web edits, getting hooked up, new job, going on some trips, wanna elaborate on all that?

Yeah this year has been awesome so far, got the hook up with 1664 Distribution in February, then headed south to Arizona for a week in March, got back and started my job at Bmx Gallery in April. Just recently I was just on a 2 week adventure with my homies from Calgary to BC in an RV, a great time for sure. Got back from there and got in the van with The 1664 team and did a week long trip in Calgary… haha it was an awesome time, be on a look out for an edit from the trip. Couldn’t be more thankful for the opportunities I’ve had this year.

Are you a big Flames fan?

How bummed were you when Phaneuf got traded? Calling it now, Oilers winning the battle of AB series this year.

Phaneuf is a chump. I was pumped haha. It will be a battle, however I think Oilers still have a little maturing to do… give it a few years.

Off hockey topic, what got you on a bike? How long ago was it?

What first interested me was probably my neighbour and his green GT Vertigo, pretty much that sparked off my interest for bmx, but I was really sold when watching the XGames and seeing Dave Voelker do a fakie. That right there was my goal, I was amazed at someone going backwards on a bike. I’ve been riding bikes since I was 4 but when I really got in to bmx it was probably around grade 7, it’s been about 9 Years, crazy! 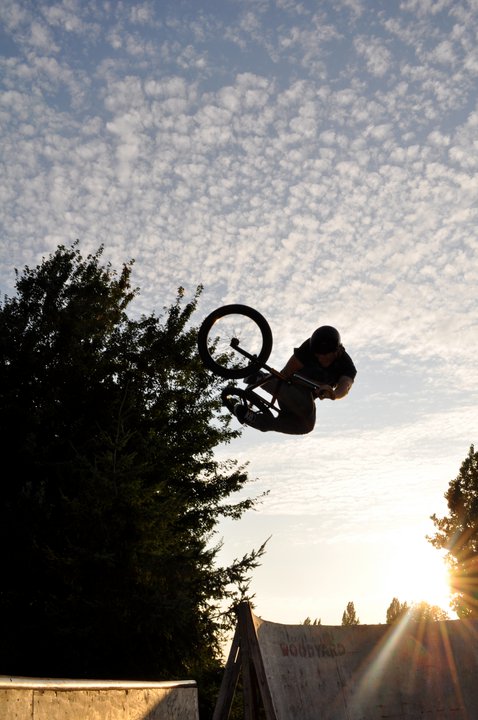 What would say your favorite setup/spot to ride is?

I don’t think I really have a favorite spot or setup, pretty much anywhere. I honestly probably rode curb cuts for at least 5 hours a day before I had my license. I definitely enjoy riding bowls a lot and jibing around with pegs. Pretty much as long as you have the right attitude a curb can be just as fun as the best park in the world.

Pretty much whoever is down to ride, usually I just head to the park and whoever is there we just go ride whatever. There are to many to name.

I wasn’t gonna ask about it but it’s too funny/epic not to, what happened in Surrey during your RV road trip this summer?

Well I’ll try to say this without making anyone feel to dumb… The whole trip my friend Josh and I kept our bikes inside for the most part and the other four stayed on the rack locked up. Seeing as we are a bunch of guys not really planning in advance we often stayed in wallmart parking lots, which to your surprise our often full, the one in Penticton had close to 15 RVs. Long story short I thought the bikes should be inside every night, but I emphasized the fact that Vancouver is sketchy and the bikes should come in for sure! After stating my thoughts on the situation multiple times and being ignored and laughed off, after feeling I did all i could do, I made sure my bike was inside and when we woke up the four on the rack were gone. Everyone dealt with it pretty well, except maybe DP…haha 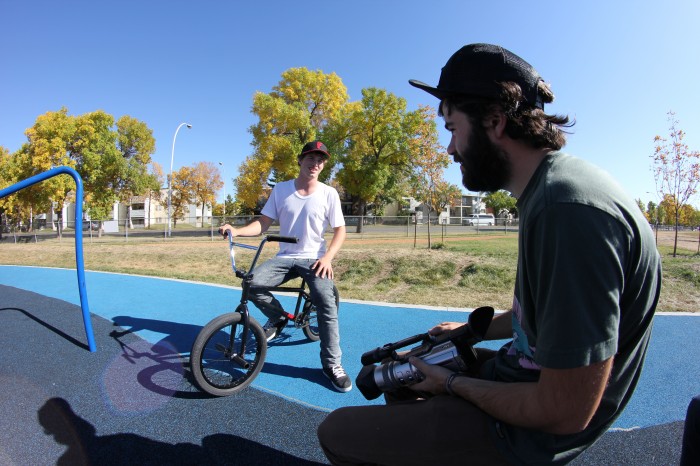 Haha you guys definitely dealt with it pretty well, I think alot of dudes would have ended the trip right there but you guys kept on keeping on. Good on ya. What’s the best road trip you’ve been on and if you could go on a road trip anywhere, where would it be?

Every trip I’ve been on has had at least one unforgettable moment, it’s hard to narrow it down, the RV trip this summer was awesome for sure, also the 64 trip I went on, it was the first real team trip I had been on. It was awesome to meet a bunch of the team and get to know them through the course of a week. Good times for sure, even if the trip was in my hometown… haha. As for a place to road trip to, Barcelona and Cali. Original I know haha.

Hopefully make it down to Cali for a few weeks. Other than that ride Three Hills the only indoor in Alberta as much as I can, play hockey and just chill in the cold weather… hopefully winters mild and short.

I guess we’ll wrap it up here, any last words or thanks?

Thanks to my family for being so supportive, all my friends for being awesome, Walser for teaching me the magic of a table top, Isaac, Bernie, and Riley at 64, Brad, Devon and Matt at Gallery, I really appreciate support. 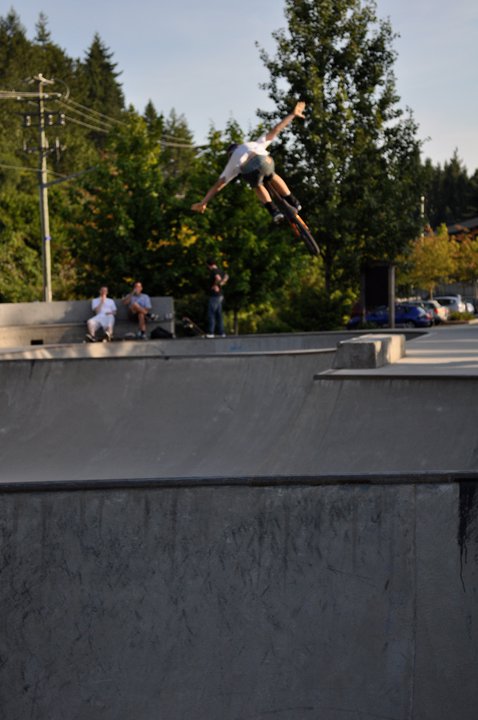