The evolution of video cameras in bmx

05 Oct The evolution of video cameras in bmx

Posted at 15:00h in ARCHIVE by Jeremy Deme 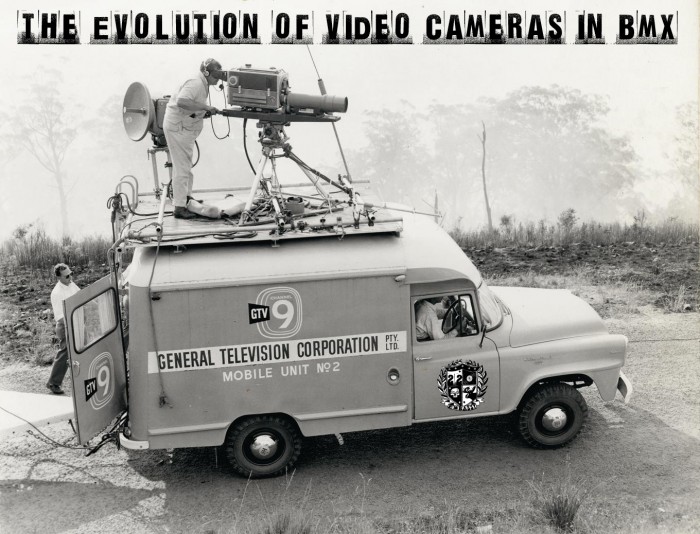 There’s been some debates popping up over the last little while based around what video cameras are best suited for filming BMX. It’s crazy to think how far cameras have come in the past 10 years, and also how far BMX filming has come because of it. If you want to take a drive down memory lane or jump into the debate read on. 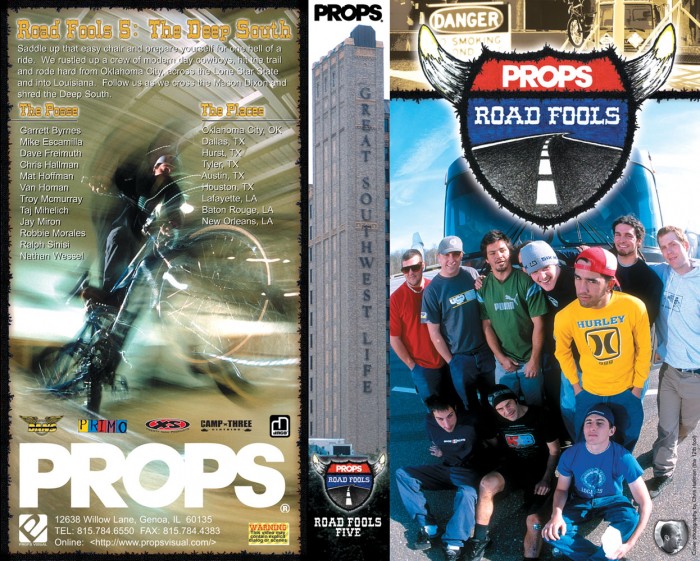 It’s hard to believe that Road fools 5 is already 11 years old. I can honestly say that Road fools 5 was the first BMX video that I watched religiously. It was my motivation throughout the Montreal winter hibernation and my inspiration throughout the spring, summer and fall months. Truth be told, Stew Johnson was always a huge filming inspiration in BMX and even to this day his filming is up there with the best. Stew is a great example of how filming in BMX has changed. Although most will picture Stew filming with his beloved VX2000 for the rest of time (which is what he used to film Anthem 2, most Props/Road Fools, Macneil dvd and many more), his recent Fit edits show that even he is now filming HD with a DSLR.

Early BMX videos were filmed with a wide variety of SD Mini DV cameras. In the earlier Props/Seek and Destroy years, most cameras being used in BMX were still 1 chip. In 1996 Sony released the 3chip VX1000 with a whopping suggested retail price of $4199. In September 1998 Sony released another 3 chip camera, the TRV900 (Bob Scerbo’s camera of choice to this very day) with a suggested retail price of $2699. In 2000, two more popular 3 chip BMX cameras would be released, the Sony VX2000 and the Canon GL1 with suggested retail prices of $3199 and $2699. By 2001/2002, alot of BMX videos were being filmed in 3ccd, usually with one of the four cameras mentioned. Films such as Criminal Mischief, Road Fools 5 and Nowhere Fast were released around this era with the debut of 3 chip. In 2002 Panasonic introduced the DVX100, which to many is considered the best Mini DV 3chip camera ever. The DVX was instantly popular based on it’s mainly manual features, and the fact that it recorded in progressive video, which was very rare in consumer/pro-sumer cameras at the time. It’s fair to say that between 2000 and 2007, a very large portion of BMX dvds were filmed with the above mentioned cameras. Besides the DVX, all the above mentioned cameras film in 60i with mostly automatic features. Most dvds produced during this period had a similar image, with little web videos and maybe a dozen BMX dvds being released every year, and for the most part the riding spoke for itself.

On September 6th, 2004 lots changed. Sony introduced the first HD consumer camcorder. The HDR-FX1 was now the benchmark in cameras, shooting 1080 lines of resolution at 60 interlaced frames per second and selling for $3500 ($700 less than the VX1000 8 years prior!). From that point hundreds of HD consumer cameras have come, including some of the most popular HD cameras in BMX today, the Panasonic HVX200, the Canon XH-A1s, the Sony HDR-FX1000 and so many more. Today there are hundreds of 1 chip HD cameras that produce amazing image quality compared to what a SD 1 chip camera would produce 10 years ago, and these new cameras sell for about the same price as a 1 chip a decade ago.

In September 2008 the camera world changed again. Nikon announced that they would be introducing the D90 with HD video function, becoming the first DSLR to record full HD video. Having the ability to shoot photos and also film video was huge. Not to mention how crazy video becomes when you have a ton of different DSLR lenses at your disposal. In September 2009 Canon would release the 7D which to this day is known as the go to dslr for shooting video.

Although we’ve talked about cameras in BMX, we haven’t even touched upon how much editing/ after effect programs have changed over the past decade. Available editing software has changed in a huge way. So much can now be achieved based solely on post production. Colour correction, time remapping, and image stabilization to name a few, all allow filmers/editors to achieve so much more with their footage, which was not the case for BMX videographers over a decade ago.

All this to say that over the past 10 years, there has been many advancements in cameras/camera options in BMX. Compared to 10 years ago where price point cameras were very limiting, had mostly automatic functions, and everything was filmed in 60i only, we have so much more available today. There is no definite answer as to what video camera is the best for filming BMX today and no real reason to even try to claim one camera is the best. There are so many different options out there, each with their advantages and disadvantages. Navaz is arguably one of the best BMX filmers out there today and he swears by his VX, and also films HD stuff with an HVX. Will Stroud films everything with his HVX200. Stew Johnson filmed Anthem 2 with a VX and films some web stuff with a DSLR. Tommy Blanco is making DSLR filming look amazing, as are so many other filmers with whatever camera they are using.  We should embrace how many more options we have today and enjoy watching different footage rather than have everything looking exactly the same. In a time where there are so many different edits being released each and every day, variety is key. Although I don’t miss the limited video technology in BMX, I do miss the anticipation of a new dvd over a web edit, but that’s a whole different topic.

Here are a few examples that we mentioned above, youtube/vimeo don’t do the quality justice but it gives somewhat of an idea.

Verde UK trip by Will Stroud (filmed on HVX200)