Posted at 12:55h in ARCHIVE by Eric Marshall 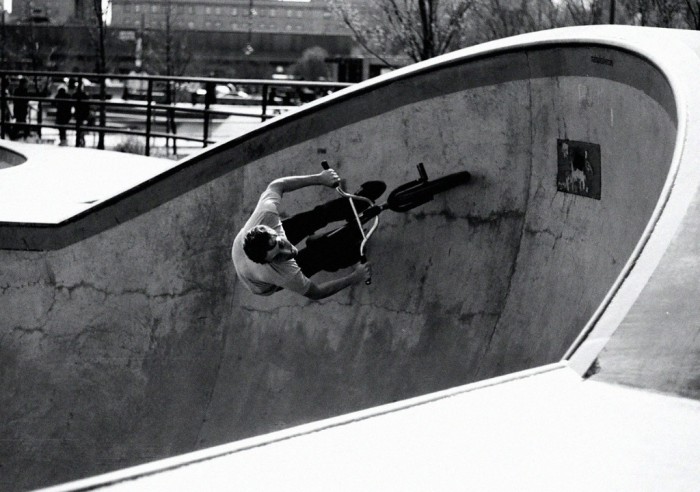 If you’ve ever had the chance to meet Dan Cook, you probably know he’s a great guy with a very funny personality. Besides the obvious English banter, he always seems to get himself into very funny situations. I’ve know Dan for a few years now and I’ve always looked up to his photos. He’s one of the few BMX photographers that tries his best to approach BMX with a different feel. “Nothing thrills me more then going out, thinking about a photo angle, setting up many flashes and catching it at the right time” he says. Click below for a few photos Dan has taken and some Q&A. If you want see more of his work take a look at his flickr.

Immigration : British born and bred, been in Canada for 2 and a half years.

Travel : I’ve been travelling pretty much since I left school, hitting major cites across Europe. Went on a 6 month trip across North America in 2008, then shortly after, a friend of mine and I decide to move to Canada.

Why film over digital : To be honest I probably shoot more digital at the moment. Alot more convenient and cheaper but I still like to shoot film whenever i can. With film I actually have to think about the shot before I take it, especially with BMX. Best feeling in the world when I finally get my 120 roll back from the lab and I find out that the barspin shot was taken at the perfect point. I do prefer the look of film for sure. 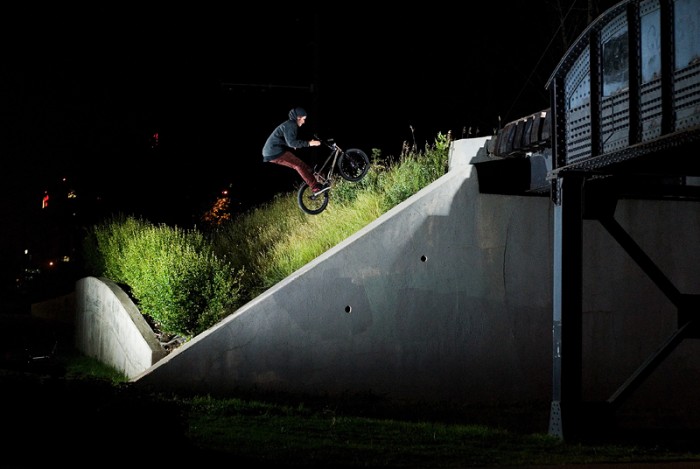 Taylor Elvy with a quick barspin to fakie. 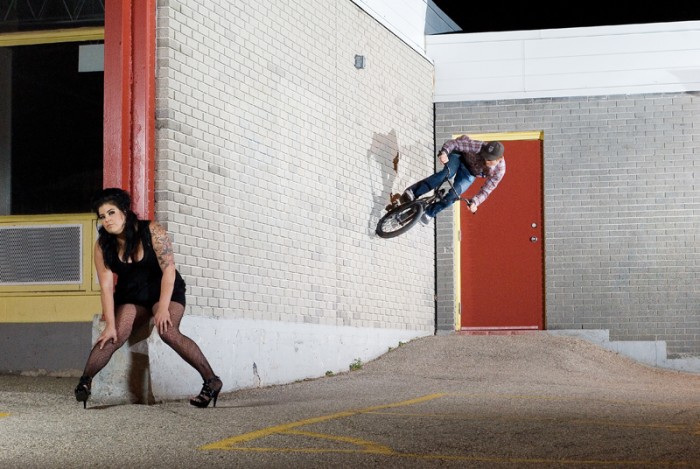 Zane Mckinnon with a little wallride, and some BMX loving girl in the photo.
I thought this was a interesting photo 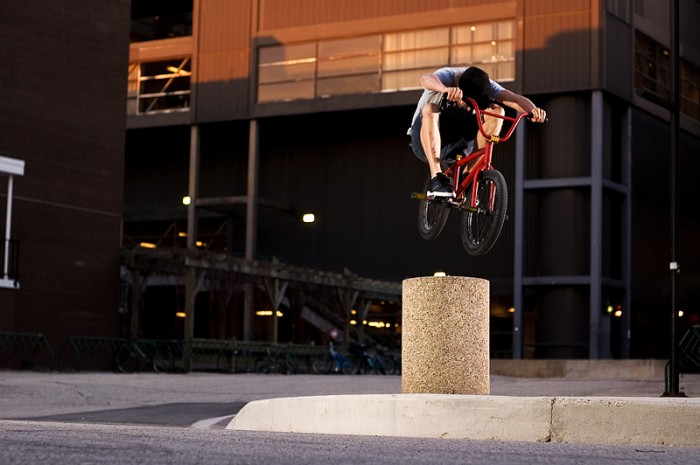 Cory Beal with a big hop over a trash can 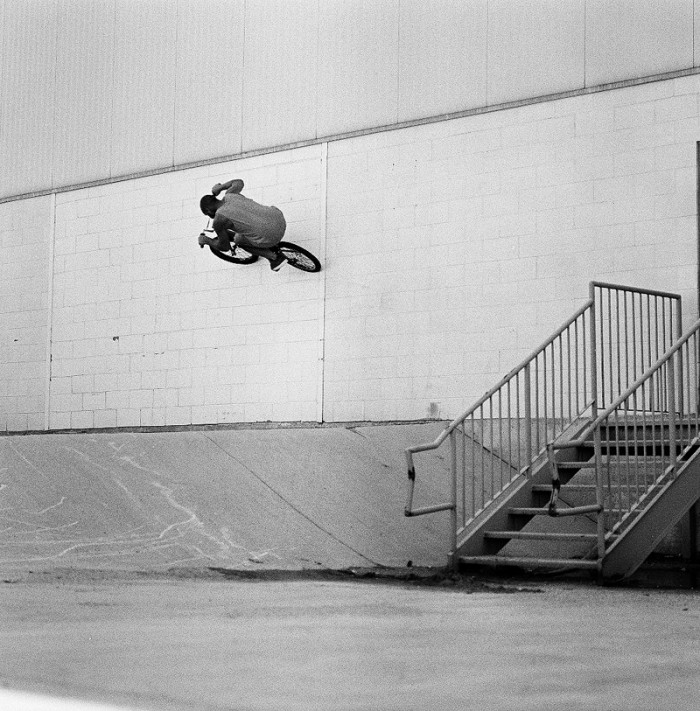 Marc St.hilaire with a wallride in Winnipeg. 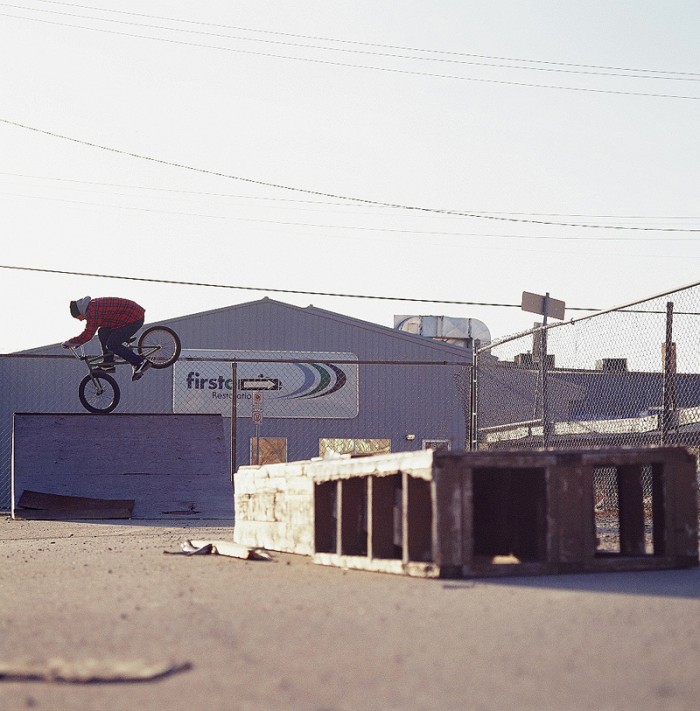 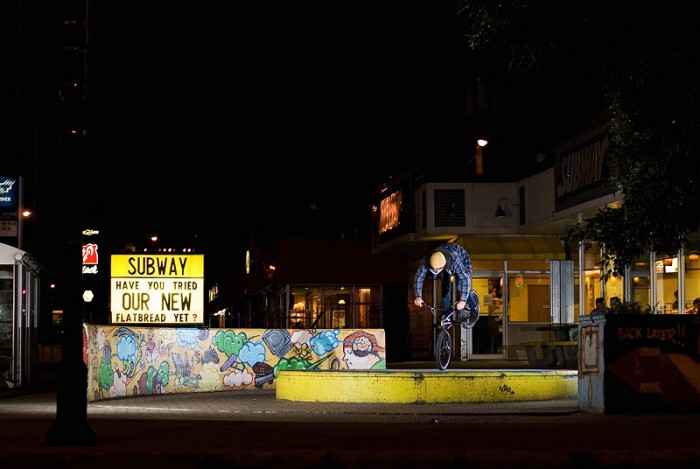 Brooklyn Price with a nose manual.