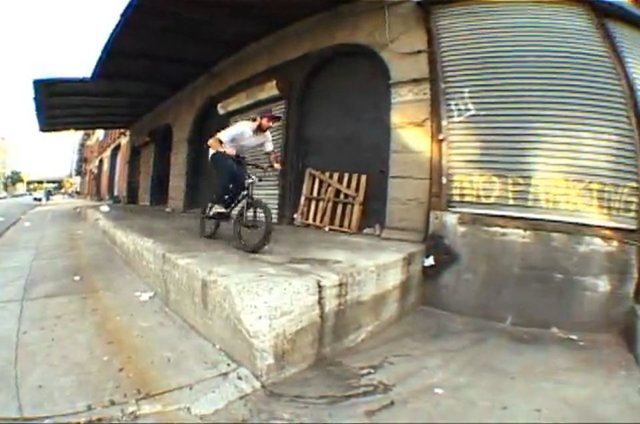 Posted at 07:00h in ARCHIVE by Jeremy Deme

I’ve been pretty excited to see this DVD for well over a year now. After seeing the first one and hearing about a second one in the works, the wait was on and it was well worth it.

The Dvd starts off with a bang, Bobby Simmons and an amazing Johny Cash song that I won’t spoil. It works perfect with the fade from intro to Bobby and obviously Bobby kills it. I was surprised to see his part first, I definitely expected his to be last but it also kept me wondering who would have last part and can it seriously be better than Bobby’s part? Next comes Brandon Galosi, who also shreds, he does a bunch of dope original stuff on a bunch of sick setups. His last 4-5 clips are pretty retarded. Next comes Matt Skags, Jason White, Scotty Wemmer, and Torey Kish. Scotty does some crazy crank arms and d-dusters and Torey does some sick freecoaster stuff, all these parts are definitely sick in their own way. Each dude has his own different style which makes them all a good watch. Last part goes to Ryan Howard. You seriously have to watch his part like 4-5 times to fully understand everything that’s going on. It’s nuts, so much opo stuff and both way crooks, a well deserved last part for sure.

The entire dvd is filmed with VXs which is dope, a nice change from all the steady cam, dollies, HD and Go Pro footy that seems to be more and more common these days and getting back to the basic/ roots/skate style filmin. There’s a bunch of analog film footy in there mixed in which was awesome for non riding clips. The soundtrack was seriously amazing, it’s pretty rare that you can flow a soundtrack as well as they did but they pulled it off perfectly. The spots are amazing, alot of times you almost fear for these guys filming in spots that looks super shady and pretty likely to get equipment jacked but they pull it off. The credits section is super funny with a bunch of hood clips. My one complaint was no Rob Diqattro footy, he had a sick section in the first ALYK and had a bunch of dope clips in all the Hood Antics edits that were popping off in 2010 so I was def hopping to see some stuff from him. Either way, this dvd is sick, there needs to be more dvds like these. These guys put in work for this, support them and pick up the dvd, it’ll get you motivated to go ride and find new spots.