If you are well versed in the history of BMX in the Toronto area, the name Patrick Krzyzanowski may sound familiar to you. Over the years he has had parts in numerous different video projects. Nowadays Pat’s primary focus has shifted from riding and filming towards fine art. After finishing his degree at the University of Guelph at the end of 2010, and completing an artist residency program in New York City over the summer, he has relocated to Toronto, where he shares a studio space with a few other artists. He’s been busy working on a series of intensely detailed watercolour paintings depicting wild fantasy wrestling scenes for a solo show in September 2011 at the the ISE Cultural Foundation Gallery in New York City. I wanted to catch up with Pat and he took me for a tour of his studio. Click below to check it out. 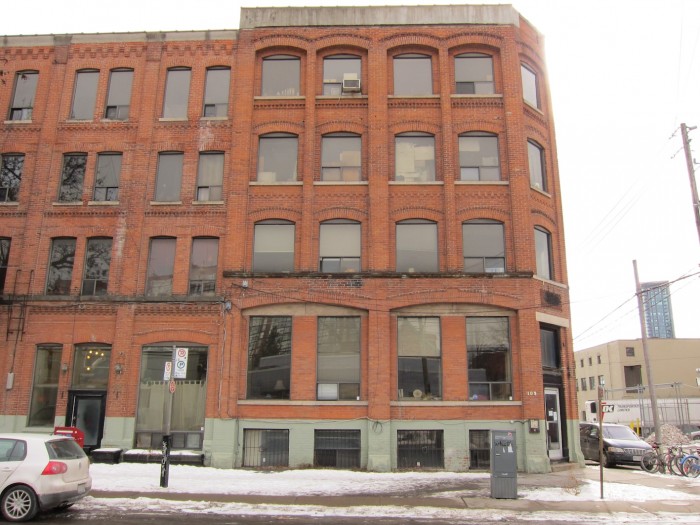 Tucked just behind this building is a hive of artists’ spaces. 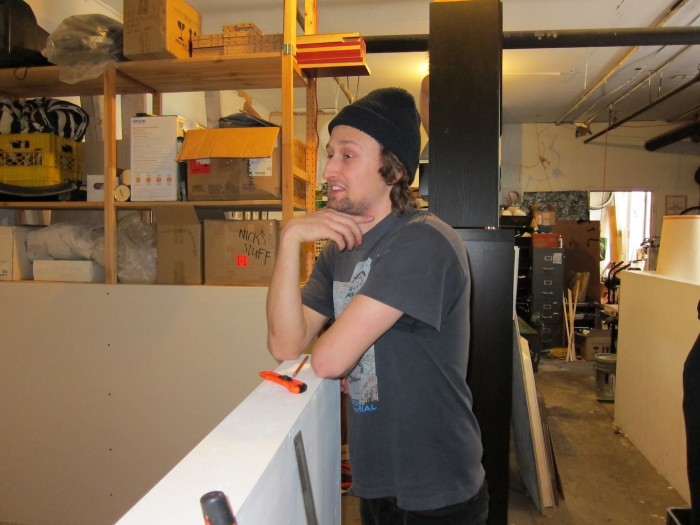 The man of the hour, Pat Krzyzanowski. 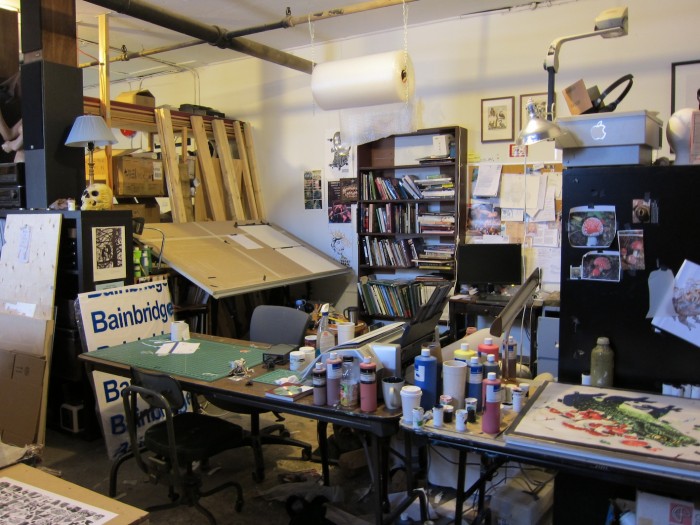 The studio is shared by three other artists. Most of the space seen here belongs to Nicholas Di Genova. 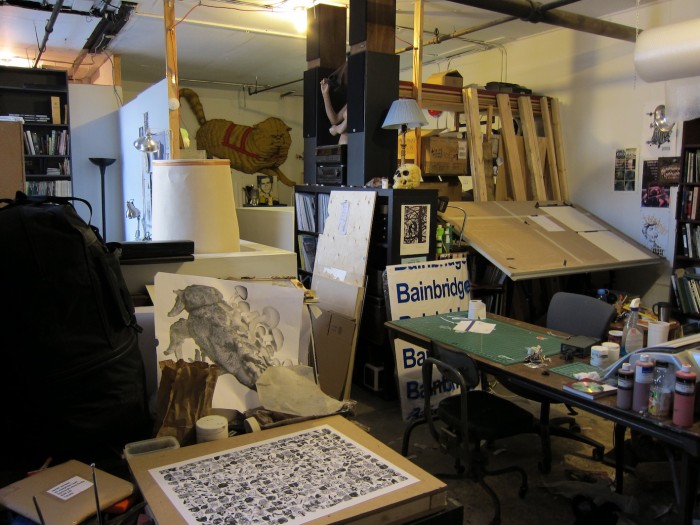 Pat’s space is tucked in the back. 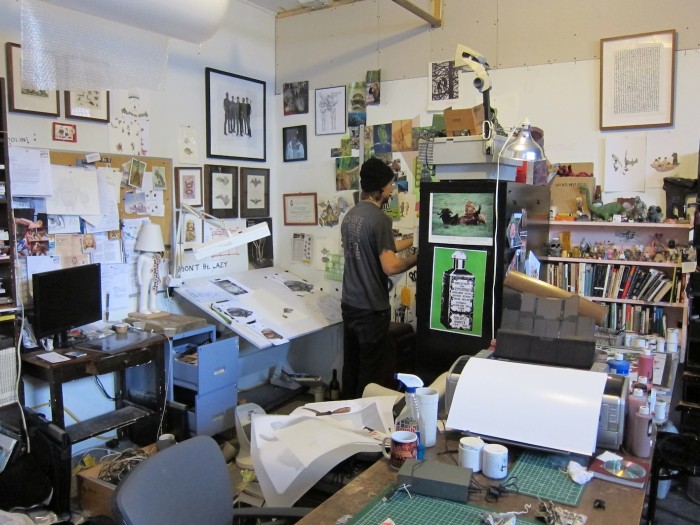 Pat used to intern for Nick a couple years ago, and was showing me some of his current work. 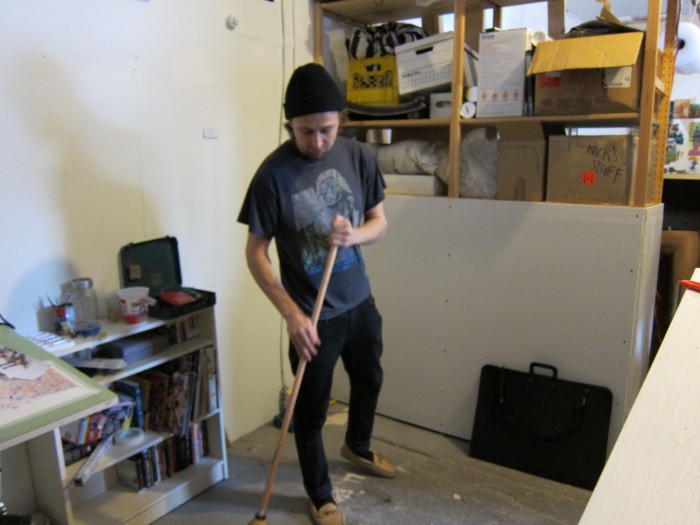 He is in the process of installing some drywall in his space, and wanted to clean up. 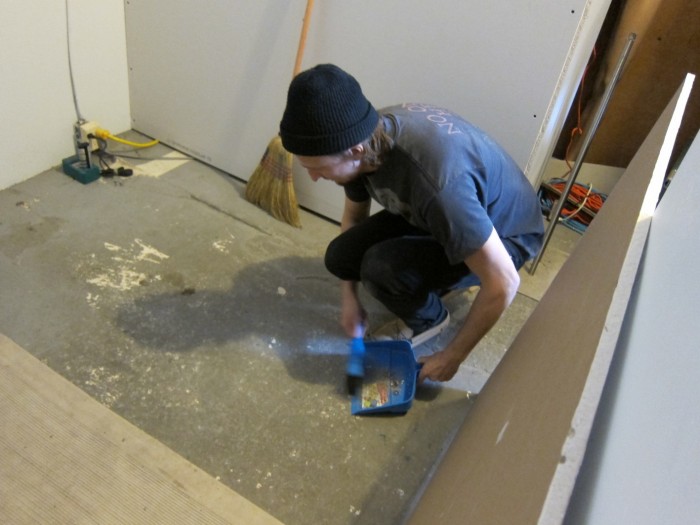 Drywalling can be dirty work. 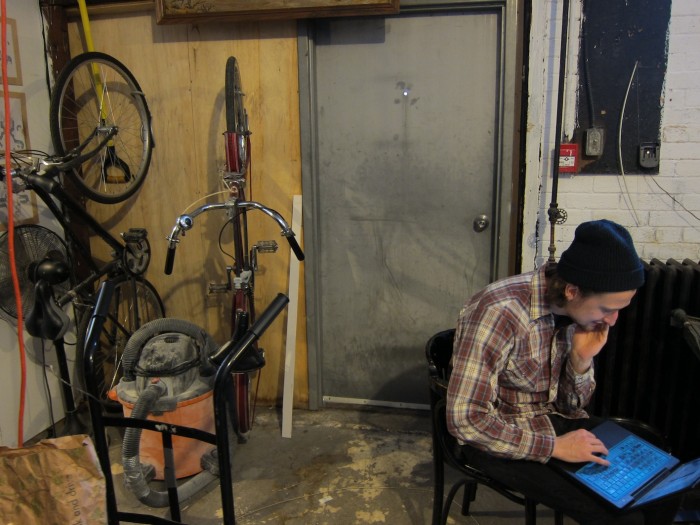 We reminisced over my favourite ICC video, That’s What I’m Talking About. 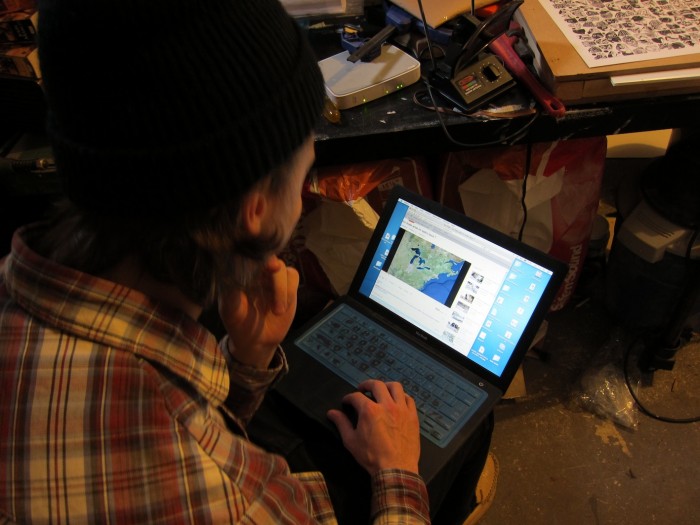 We were surprised to find that YouTube had removed the audio from the first chapter of the video, which had an original rap song about the ICC. 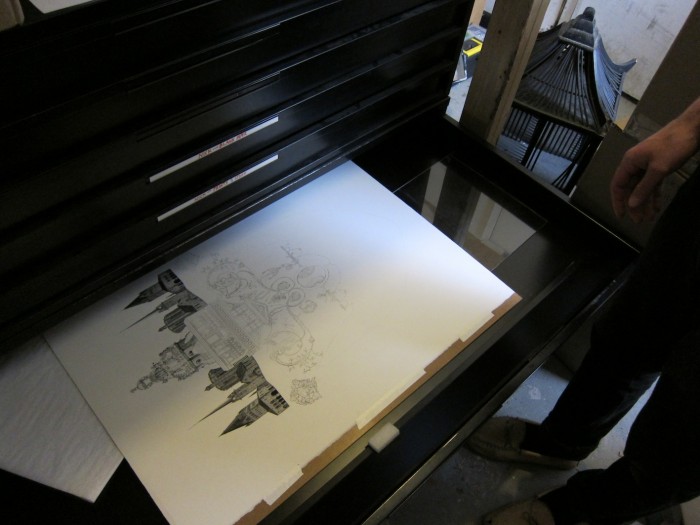 Some work by Andrew Wilson in the studio’s flat file. 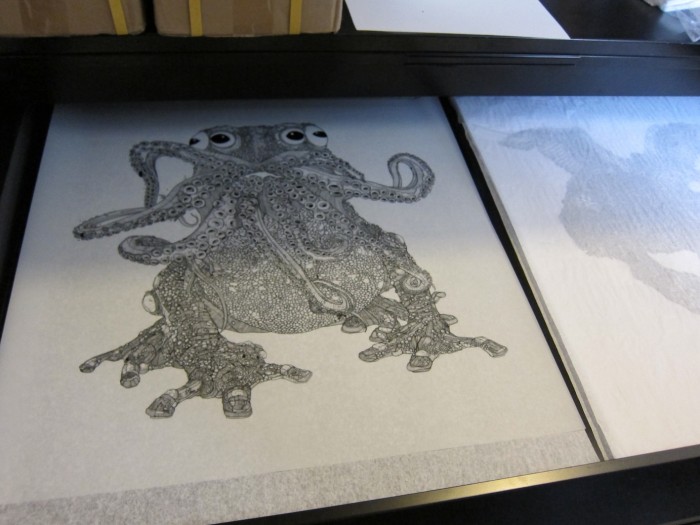 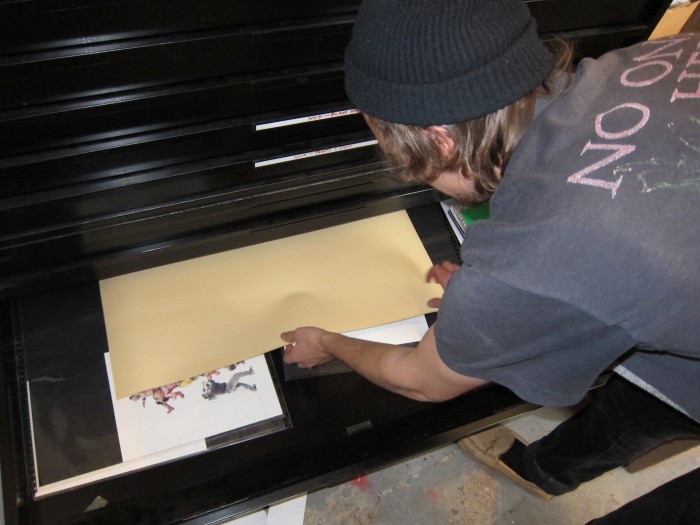 Some of Pat’s finished pieces and works in progress. 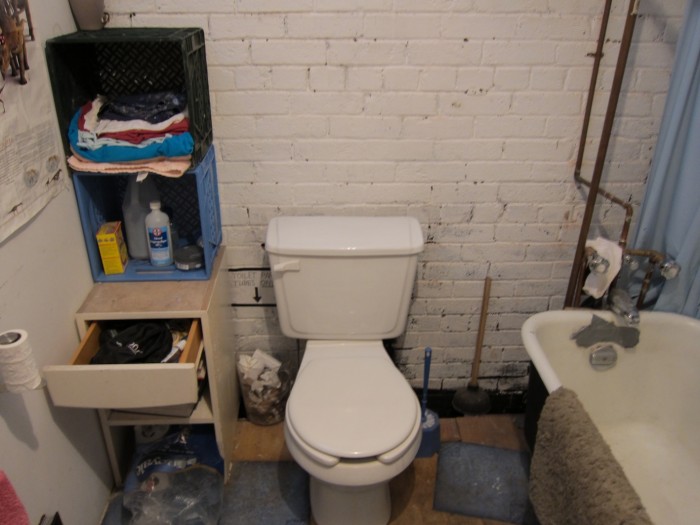 Their bathroom even had a tub. Sometimes, when working late in to the night, Pat will just sleep at the studio. 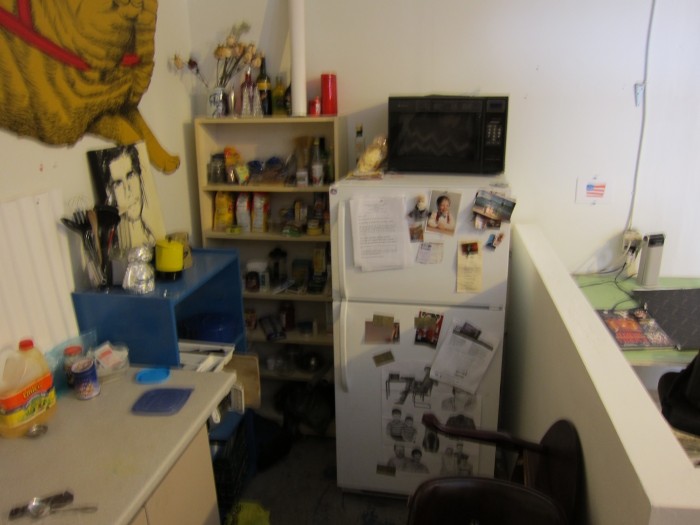 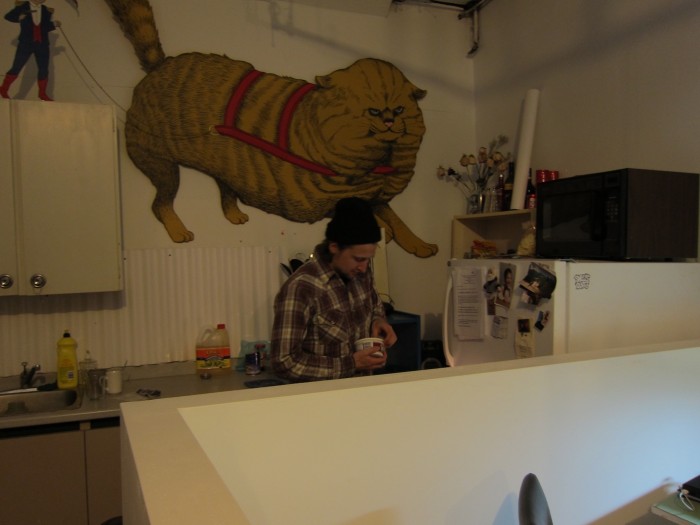 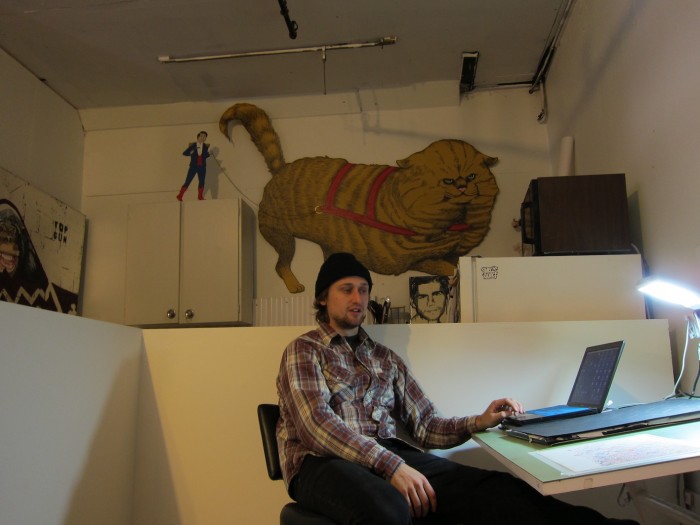 He spends a lot of time hunting and piecing images on his computer to use towards his final products. 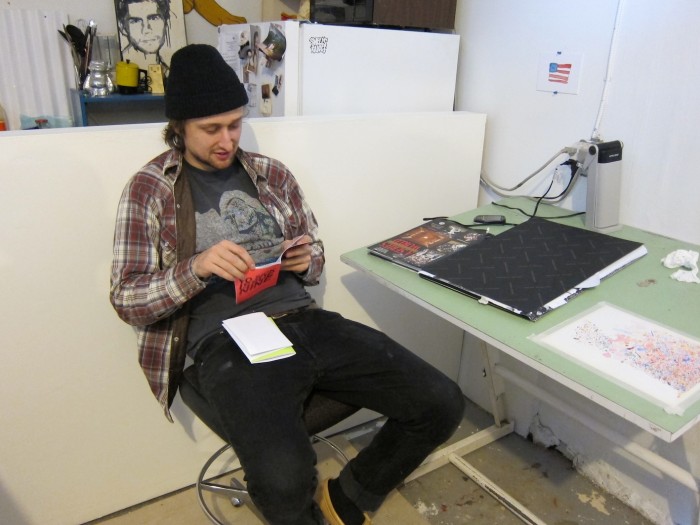 Checking out Yo Sick Zine. 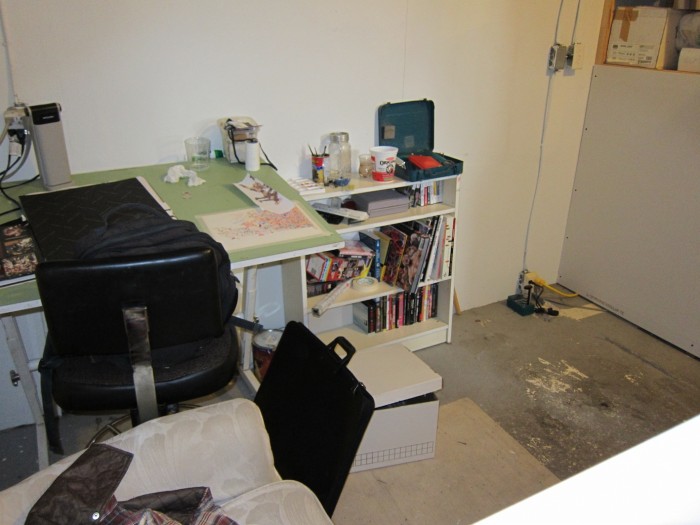 He keeps the space and clutter to a minimum. 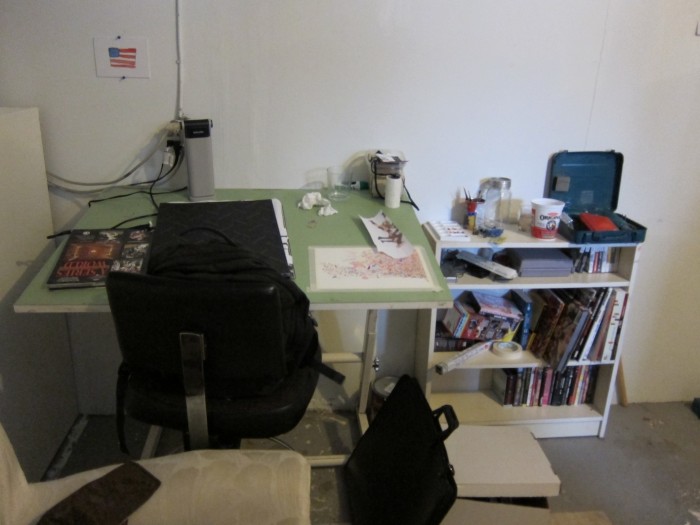 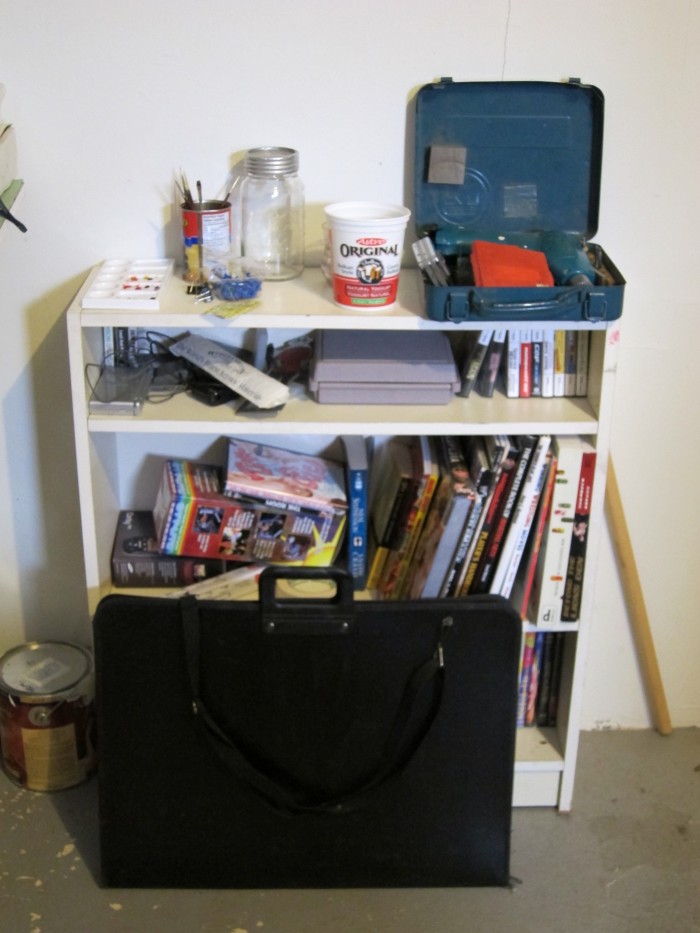 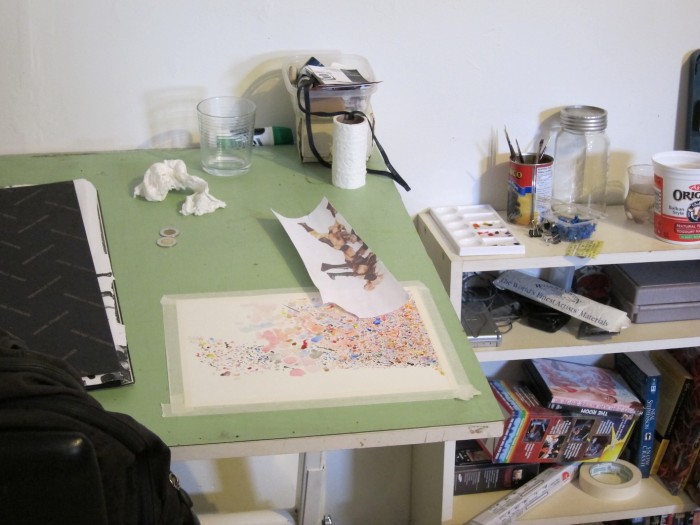 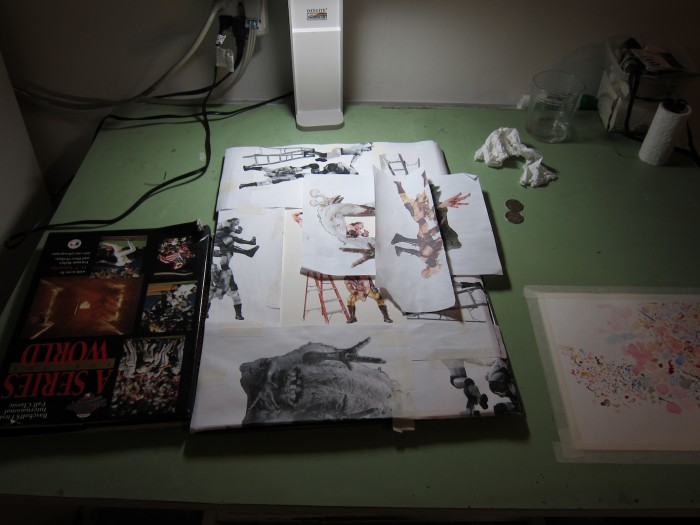 Current piece he is working on. He is careful to mask off as much white space as he can while working to avoid unwanted errors. 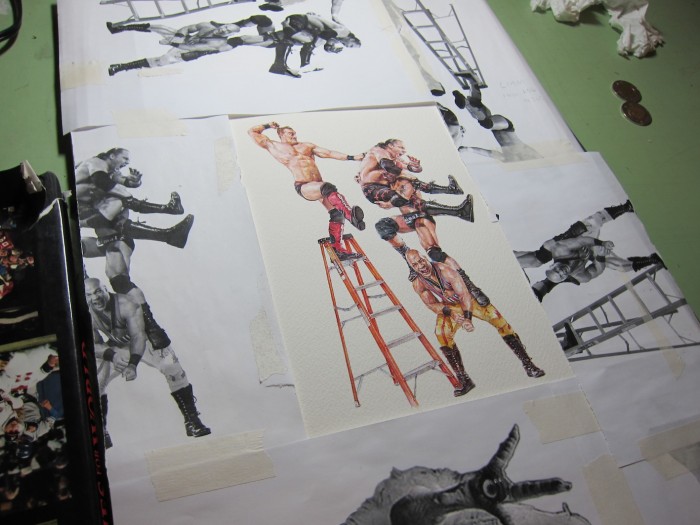 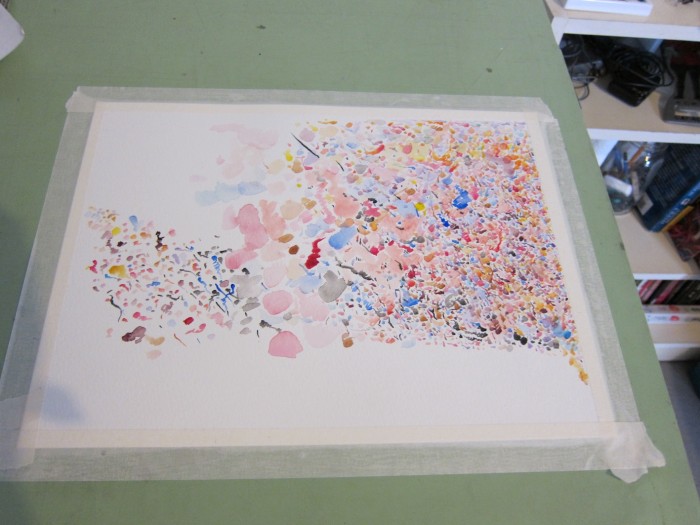 Testing page for colours and strokes. He said he always hangs on to old ones for some reason. 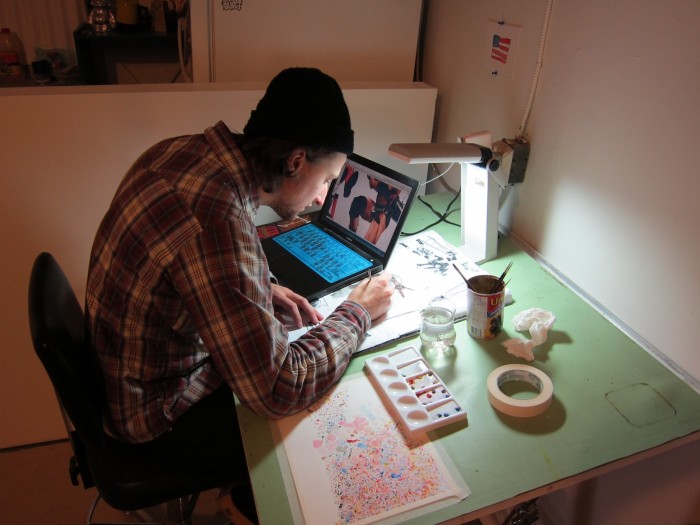 Getting down to work. 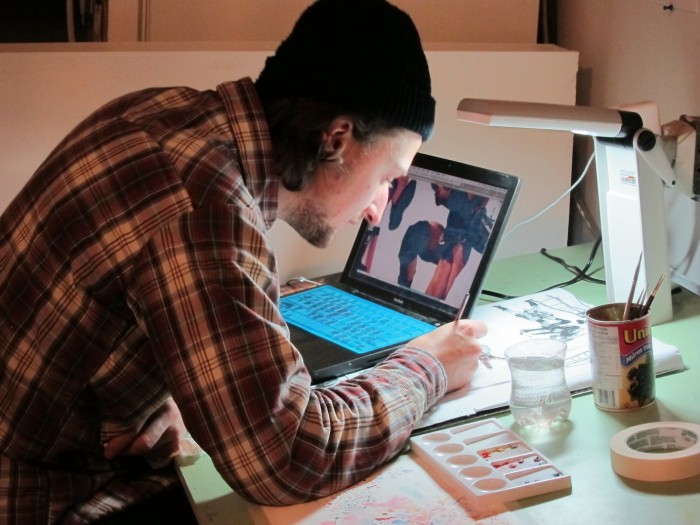 Lots of planning and long hours painting. A single piece can take up to and over a month to complete. 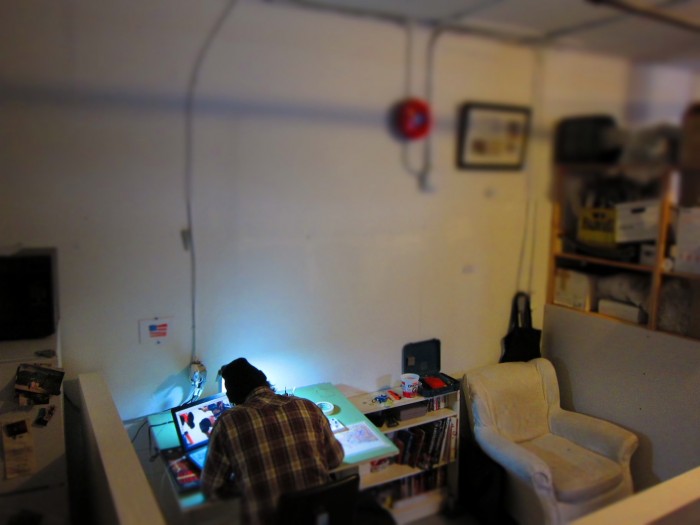 Thanks for letting us stop by Pat. You can view more of his work on his site at patkrzy.blogspot.com .
He will be having his first solo show at the ISE Cultural Foundation Gallery at 555 Broadway, New York, NY throughout September 2011. We’ll have more information as the date gets closer, so keep checking back.