Posted at 05:19h in Canadian BMX by Jeremy Deme 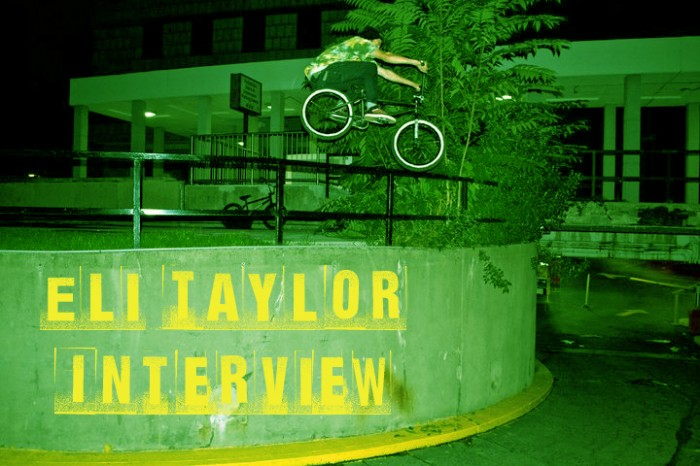 I first heard of Eli Taylor a while back when he dropped a couple dope ass web edits. One thing led to another and this southern Ontario kid was put on Stranger and Lotek. We hit him up so Canada could get to know what he’s all about.

A small town in Southern Ontario called Petrolia. Nearest big city people might have actually heard of is London.

Mad boring, all there is to ride is curbs, so I never even ride when im at home. Smells like oil. Stupid hot summers, stupid cold winters. But there is alot of surrounding cities that are dope, Toronto isnt too far away. I spend a ton of time in London though, good spots and good people.

Who’s your usual crew of dudes you roll with?

I mainly ride with my homie Jalen Pickard. Some other peeps from around here too like Cody and Rob. Cant forget all the London dudes, Jack, Kevin, Nash, Lil mason and a bunch more are all hella legit. I get down with the FU dudes whenever possible too.
Im down to ride with pretty much anybody that isn’t a tool, nahmean?

How long you been riding?

Maybe like 5 years, but I really have no idea. 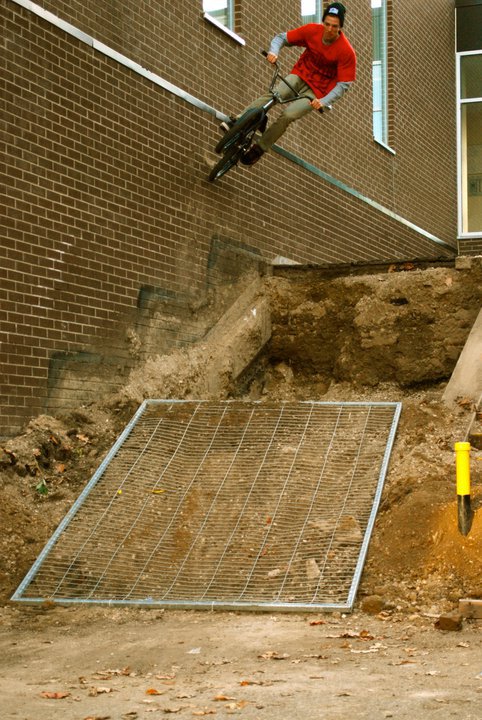 How does a 17 year old kid from Southern Ontario get on Stranger pro and Lotek?

When i was filming some clips this summer that Stranger grassroots ish was going on, I got my edit finished up and Charlie Crumlish sent it too Rich for me, Rich hit me up a few days later and said he wanted me on the main Stranger team, not the grassroots team.
I guess I got so much swag that Rich flows me Loteks aswell? Haha jokes.

Keep doing what I gotta do, ride bikes, party hard, travel, stay alive, keep riding park, clock footy, keep my swag turned on, go fast, do park tricks, keep gettin’ money, stay rad as hell, blow stacks, stay elevated, make the most outta’ life.
Id also like to travel a whole lot, go too some dope places and meet some dope people that I can do all of the above with.

Since I have no pegs, I gotta rock the 4pieces too keep my street cred kickin’

Vancouver, Montreal, and three other dope ones. 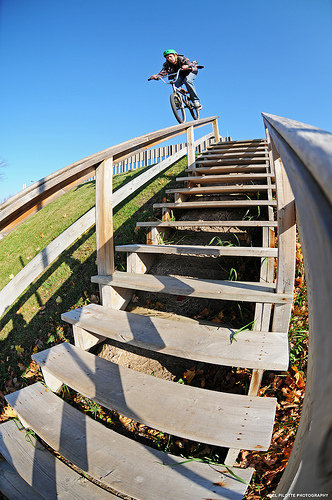 What’s the deal with possibly becoming a cop?

Not sure if it will happen but being a cop seems deece. You get too ruin kids’ days and stuff. Be a stone cold badass, nahmean?

What’s been your worst riding injury?

Aye the worst injury I have had is the time I broke my jaw in 3 places, and also managed to crack the top vertebre in my neck apparently. I went real fast and hopped into a little cement tranny, a curbcut type deal. However I came up short like a dumbass, nose cased and get bucked hard. Landing with all your weight on your face may look fun, but it aint.

What would you do if you didn’t ride bikes?

I would probably push wood, I used too be into that. Or i would just be even more dope at partying haha.

You film a bunch also, whats your filming setup and what got you into filming?

My setup is a vx2100 with a century mk11 fish. I guess ever since i was able too film I enjoyed it, and then I just gradually kept getting more and more into that ish.

What bands/?music you into these day? 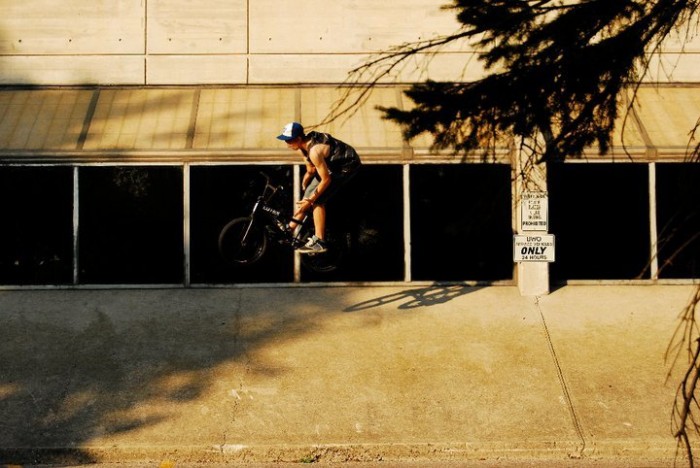 Name one thing that alot of people don’t know about you.

Ive got some serious ADD

Who’s a bigger Pimp, you or Greg Hen?

Greg Hen would say he is, but im sure that me and everyone else in the world would agree that I am. Greg aint got shit! 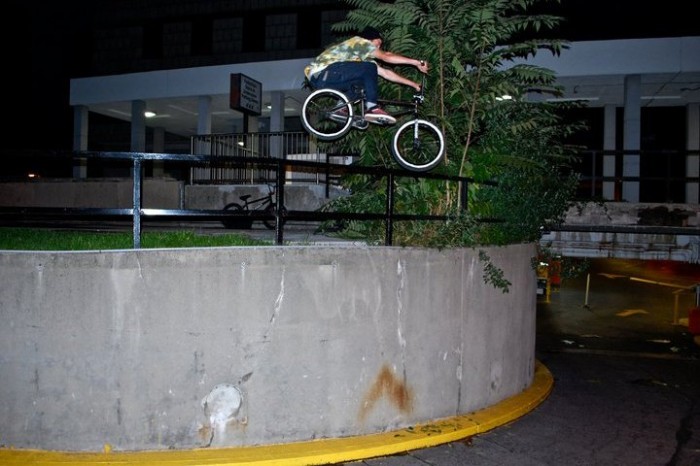 Thanks too Lotek/Stranger, My family for being ill, Bmxfu for keeping it real, Homies for putting up with me, the Northern Embassy for this interview, Probably some other stuff I cant think of, dont get it twisted.

****photo cred goes to joel pilotte for all the ones with his watermark, lee dennis for the wallride, and colin wituik for the bars on the bank.